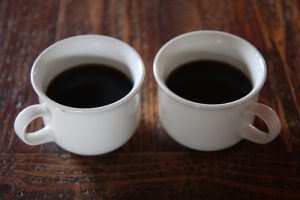 Caffeine is consumed by 90 percent of America, whether it comes in the form of coffee, soda pop, tea, energy drinks, over-the-counter capsules, cold medicines, or (to a lesser extent) chocolate. Yet, there is some controversy over whether caffeine is a good addition to a healthy diet or not.

Argument #1: Caffeine is our Friend.

Argument #2: Caffeine is our Foe.

Moderation is the key to enjoying caffeine, and certain groups of people will find it beneficial to limit their caffeine consumption.

We are open and conducting weight loss programs virtually by phone, email and zoom during the pandemic.

We are also conducting sessions in person outdoors in NYC weather permitting.

All programs are discounted by 20% during the Covid-19 pandemic and until further notice.
Call or email us for more information.