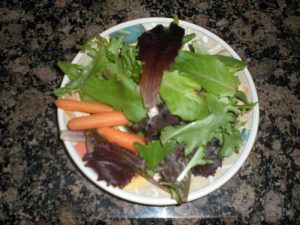 The “Raw Food Diet” is one of the top trends among vegetarians and vegans who not only want to subsist off plant-based matter, but to get the most minerals and nutrients from those foods, as nature intended. However, research is not very in-depth on the topic of cooked vs. raw foods, and there are both pros and cons on choosing this diet.

Advocates of the Raw Food Diet argue that cooking strips food of most nutritional value. One study shows that eating raw broccoli, Brussels sprouts, cabbage and kale may reduce the risk of bladder cancer, but cooking these vegetables robs them of their isothiocyanates (which are what alters proteins in cancer cells). A review of over 50 medical studies found that eating raw vegetables can reduce the risk of esophageal, gastric, laryngeal, oral and pharyngeal cancers. Like vegetarians and vegans, people on the Raw Food Diet tend to have lower cholesterol and triglyceride levels. One study found that raw foodies have high vitamin A and carotenoid levels.

The same German study also found that long-term raw foodies have deficiencies in B12 (which aids in red blood cell and nerve development), as well as low vitamin D and plasma lycopene levels. Even though lycopene is found in tomatoes, the content is highest when the tomatoes are cooked. Some people who eat raw foods only are also low in calcium, iron and omega-3 fatty acids, which are usually found in animal products. According to the American Dietetic Association, cooked eggs, tomatoes, spinach, mushrooms, asparagus, cabbage, carrots, peppers and spinach supply more antioxidants and nutrients that are better absorbed by the body.

There isn’t enough research to indicate that raw food is “more natural” for the digestive system or that cooking food is linked to cancer, nor is there enough research to show that a raw diet is unhealthy. Experts advise vegans and vegetarians to take supplements or look for alternative sources of B vitamins, vitamin D, calcium and omega 3 fatty acids.
Image by The Recipe Drawer